Cardiac arrhythmias are a very common ailment and increasingly prevalent as the population gets older. Arrhythmias are more commonly known as irregular heart beats, where the heart rate may be too slow or too fast or even steady but disorganized. Some arrhythmias are very dangerous and cause sudden cardiac death, while others may be bothersome but not life threatening. 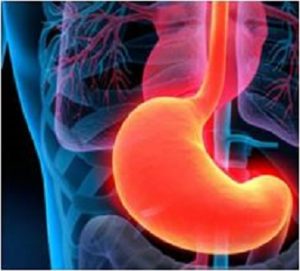 A very interesting research has shown that “The stomach and the heart share a converging neural connection via the Vagus Nerve.” As quoted from the research below.

Joanne Enslin-de Wet attended a course in Florida USA in July 2018 on the benefits of  Visceral Manipulation on the Vagus Nerve and would impact the heart and the Neuroendocrine System. The course was developed and presented by Jean Pierre Barral D.O on his approach of regulating our neuroendocrine system using Visceral Manipulation. Our endocrine system includes areas in our body that produce and regulate hormones. These hormones are messengers that allow our organs and cells to communicate to have balance and good health.

The relationship of the stomach and the heart via the Vagus Nerve is well known in the medical literature. Our stomach can mimic heart symptoms and visa versa.  What is not known in the literature is how Visceral Manipulation of the stomach is able to profoundly reduce Cardiac Arrhythmia’s in patients with this condition.

This research was developed by a cardiologist and osteopath from Rome. Their results were so successful and they opened a clinic providing both conventional cardiac treatmentalong side of Visceral Manipulation to patients suffering with Cardiac Arrhythmias.  A first of its kind!

The story unfolds in the article below.

The stomach and the heart share a converging neural connection via the vagus nerve. In addition to the common physical neural connection, ghrelin, which is a peptide hormone produced mainly by cells in the fundus of the stomach, suppresses cardiac sympathetic nerve activity. In a phenomenon referred to as “cross-organ sensitization” the neural stimulation of one organ is capable of exciting or inhibiting the other organ through convergent neurons in the Central Nervous System. Cross-organ sensitization is accumulating a growing body of research. For example, the distention of the stomach has been shown to activate spinothalamic tract neurons. In an animal study on rats researchers discovered that introducing a “noxious” substance into the pericardium and/or distending the stomach activated 85% of the “gastrocardiac convergent neurons”. A bilateral vagotomy did not have any effect on the activation of these neurons.

In 2012 A.J. de Koning, DO, an instructor for the Barral Institute and osteopathic practitioner in Italy, was approached by a renowned Italian cardiologist for treatment due to not being able to stand during long surgeries. The treatment was successful. He invited De Koning to do research with 40 Atrial Fibrillation(AF) patients at his hospital and they observed significant positive changes in patient outcomes.

The general listening (GL) on each of the 40 AF patients was to the left epigastric area and the local listening (LL) was to the stomach (see discussion on GL and LL below). De Koning used techniques developed and taught by Jean-Pierre Barral to mobilize the parietal peritoneum relative to the anterior visceral peritoneum of the stomach. Each patient was seen two to three times, however, many were asymptomatic after only one session and many were able to discontinue use of pharmaceutical drugs that had been necessary for the management of their AF.

De Koning was able to teach the cardiologist how to perform these simple maneuvers and on one occasion, prior to a cardiac surgery, the surgeons could not lower a patient’s heart rate below 200bpm through his standard medical protocol. This cardiologist did the stomach mobilization technique and it brought the heart rate down to 100bpm.

As a result of the success of this study De Koning and the cardiologist launched a new clinic in Rome, which is the first of its kind. They are providing both conventional cardiac treatmentalong side of osteopathic treatment to patients suffering with AF.

In mobilizing the stomach De Koning et al., 2012, hypothesize they were having an effect on the terminal rami of the vagus nerve stimulating the afferent gastric vagal innervation creating a viscera-visceral reflex. This reflex, it is hypothesized, is then delivered to the solitary nucleus (NTS) and/or nucleus ambiguus (NA) creating a central convergence. The NA provides neural input that affects the respiratory sinus arrhythmia. In an animal study on rats it was demonstrated that the NA is able to inhibit gastric motility via the vagus nerve. In addition to the NA providing a possibly mechanism the neurons in the NTS might also be contributing due to their role in the “…gastric vago-vagal reflex control circuitry”.

In light of the studies by Qin et al., 1992-2012, it is possible this affect is due to other, lesser known gastrocardiac converging neurons.

A relationship between the stomach and heart is not an unknown phenomenon as postprandial angina pectoris is recognized for which convergent neurons provide a possible mechanism.

A.J. de Koning is finalizing his research and preparing it for publication.